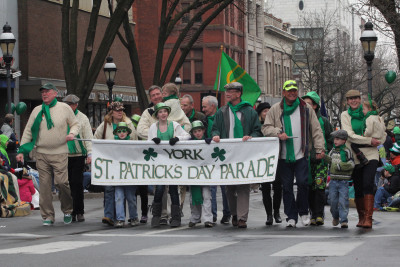 The parade steps off at 1 p.m. from Market and Penn Streets (in front of the Penn Street Farmers Market) and proceeds east on Market to Duke Street (in front of the Yorktowne Hotel), with several related activities planned for before and after the parade. The parade is organized by the York Saint Patrick’s Day Parade Committee, a not-for-profit volunteer organization.