A Conversation With "A Soldier's Play" 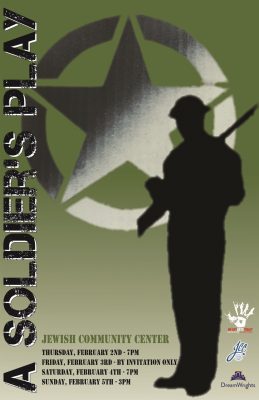 DreamWrights Center for Community Arts in collaboration with Weary Arts Group presents A Conversation With A Soldier’s Play.

A Conversation With A Soldier’s Play
Thursday, February 16 at 7pm

DreamWrights Center for Community Arts in collaboration with Weary Arts Group presents A Conversation With A Soldier’s Play. This insightful evening will include excepts and short scenes from the play followed up with an opportunity to speak with the director and cast about the power and themes of the play, and delve into the director’s vision and actor’s process in developing their characters.

The winner of the Pulitzer Prize for Drama in 1982, A Soldier’s Play by Charles Fuller is a dramatic production that uses a murder mystery to explore the complicated feelings of racial tensions and ambiguities among African Americans and between blacks and whites.

Tickets are $15. $5 off for students and seniors.
Refreshments and light snacks will be available for purchase. Cash bar service provided by Tutoni’s.

Prior to this conversation, A Soldier’s Play will be presented in its entirety by WAG at the York JCC on Thursday, February 2, and Saturday, February 4 at 7pm, Friday, and Sunday, February 5 at 3pm. Friday, February 3 by invitation only. 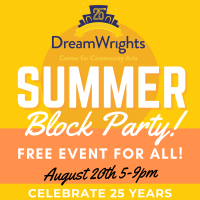 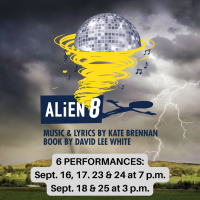