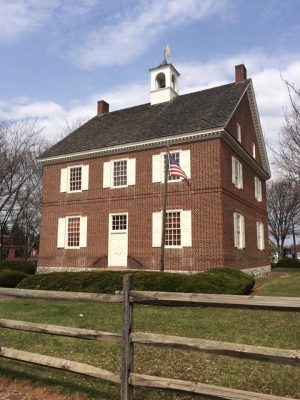 Daughters of the American Revolution is dedicating a Revolutionary Patriot bronze marker to celebrate America’s 250th.

On May 6th, 2022, at 6:30 pm the Colonel James Smith-Yorktown Chapter, Daughters of the American Revolution invites you to witness and participate in the dedication of the 250 Patriots marker at the Colonial Courthouse Complex.  The ceremony will be held at the Colonial Courthouse at 205 East Market Street, York, PA 17401. The historical marker is a dedication to the Patriots of the Revolutionary War who gave their lives to form a new nation and bravely fought for our freedom and independence.  The 250 Patriots marker is being funded by the Pennsylvania State Society Daughters of the American Revolution under the direction of State Regent, Elizabeth Watkins.

Refreshments will be available by the York DAR and Friends of the York History Center.