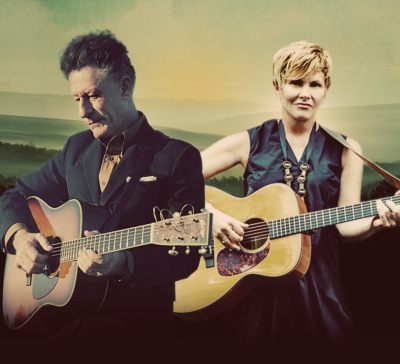 A singer, composer and actor, Lyle Lovett has broadened the definition of American music in a career that spans 14 albums. Coupled with his gift for storytelling, the Texas-based musician fuses elements of country, swing, jazz, folk, gospel and blues in a convention-defying manner that breaks down barriers.

Singer, songwriter and author Shawn Colvin won her first GRAMMY Award for Best Contemporary Folk Album with her debut album, Steady On. She has been a mainstay of the singer-songwriter genre ever since, releasing eleven superlative albums and establishing herself as one of America’s greatest live performers. She triumphed at the 1998 GRAMMY Awards, winning both Record and Song of the Year for “Sunny Came Home.” Colvin’s inspiring and candid memoir, Diamond In The Rough, was published in 2012. Diamond in the Rough looks back over a rich lifetime of highs and lows with stunning insight and candor.