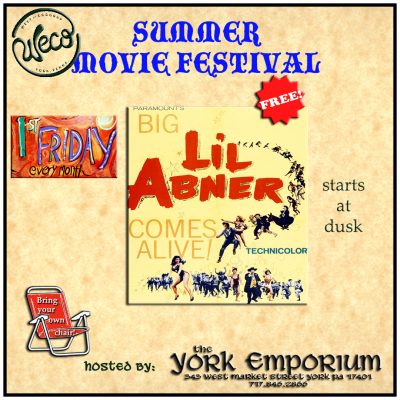 A comedy musical based on an earlier stage musical, which was in turn based on the comic strip characters created by Al Capp. When residents of Dogpatch, USA are notified by the government that they must evacuate, they try to persuade the government that their town is worth saving. Meanwhile, Earthquake McGoon wants to marry Daisy Mae; Daisy Mae wants to marry Li’l Abner, and Li’l Abner just wants to go fishing, until it is learned that Abner’s Mammy’s Yokumberry Tonic might be enough to save the town. Abner offers the tonic to Washington, but General Bullmoose wants it too, so Bullmoose tries to trap Abner into marrying his attractive but ditzy executive secretary, Appassionata. Meanwhile, Daisy Mae pledges herself to Earthquake in marriage in exchange for rescuing Abner from Bullmoose. Will Abner and Daisy Mae ever finally get together?