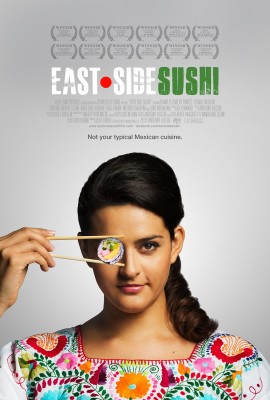 A Latina woman (Diana Elizabeth Torres) aspires to become a sushi chef while working in a Japanese restaurant.

Years of working in the food industry have made Juana's hands fast—very fast. She can slice and dice anything you throw at her with great speed and precision. When Juana gives up her fruit-vending cart in order to find a more secure job, she lands a position as a kitchen assistant at a local Japanese restaurant. It is here she discovers a whole new world of cuisine and culture, far-removed from everything she has ever known. While working in the restaurant, Juana secretly observes the sushi chefs and eventually teaches herself to make a multitude of sushi. With her creativity sparked, Juana's re-ignited passion for food drives her to want more from her job and her life. Juana eventually attempts to become a sushi chef, but is unable to because she is deemed the "wrong" race and gender. Against all odds, she embarks on a journey of self-discovery, determined to not let anyone stop her from achieving her dream.