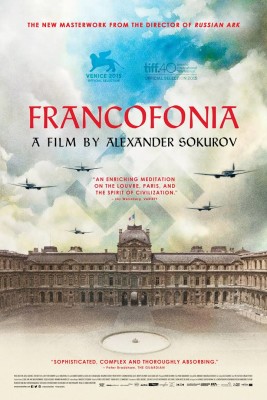 A history of the Louvre during the Nazi occupation and a meditation on the meaning and timelessness of art.

A tour of the Louvre serves as a meditation on art. The film also explores how the museum avoided being plundered during the Nazi occupation of France, and depicts the ghost of Napoleon wandering among the exhibits. Directed by Alexander Sokurov.