Howlin' at the Hound Fundraiser Night 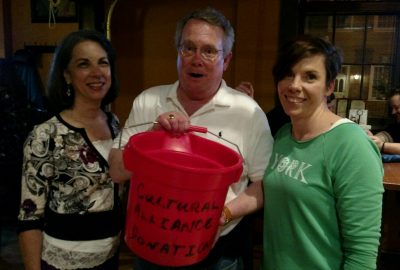 Join the Cultural Alliance of York County at the Holy Hound Taproom on April 26th from 5:30pm-7:30pm for a fun night to benefit the arts!

The event will feature drink specials and live music in York’s only taproom-The Holy Hound Taproom – featuring 30 rotating craft beers on tap, a wide range of bottles, a variety of single malt scotch and small batch bourbon, and live music throughout the week. At the Hound they take as much pride in the food as they do in their beer…because great beer calls for great food! Sample their scratch-made soups, sandwiches, and entrees from a menu featuring local, sustainable ingredients.

Donations will be accepted throughout the evening to support the Cultural Alliance 2018 campaign – come out and ‘howl at the hound’ with us!

Donations will be accepted throughout the evening to support the Cultural Alliance 2018 campaign – come out and ‘howl at the hound’ with us!