Kable House Presents: Ian Fitzgerald and Something Else 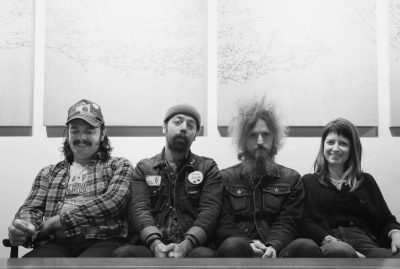 Kable House Presents is an independent concert series hosted at York’s historic Central Market House and featuring up-and-coming national touring acts in intimate evening performances. Join us May 26 for the final show of the season, featuring Ian Fitzgerald and Something Else, with special guest Dan Blakeslee. Doors open at 7 p.m. and the show begins at 8 p.m. Arrive early to purchase food and beverages from our featured Central Market vendors.

Ian Fitzgerald is a folk singer and songwriter. Known for his storytelling and skillful use of language, Ian has independently released five albums of original material while touring throughout the country. He performed a solo set as part of the Wildwood Showcase at the 2015 Newport Folk Festival and with Providence, RI’s Smith&Weeden as his backing band at the 2016 Newport Folk Festival. Following the release of his most recent album, You Won’t Even Know I’m Gone, Ian decided to form a band of his own for the first time.  Known as Something Else, the band includes Seamus Weeden (also of Smith&Weeden) and MorganEve Swain and James Maple (both also of The Huntress & Holder of Hands).

With a suitcase of songs, Maine folk troubadour Dan Blakeslee ventured into the subways of Boston in 1995 to practice his craft. His songs of true life adventures combine the essence of early folk music with a dose of country grit. He has toured the U.S. and performed with Josh Ritter, The Low Anthem, David Wax Museum, Lydia Loveless, The Lumineers, Brown Bird, Joe Fletcher, Jonah Tolchin, Death Vessel, Liam Finn and Kimya Dawson, among others.