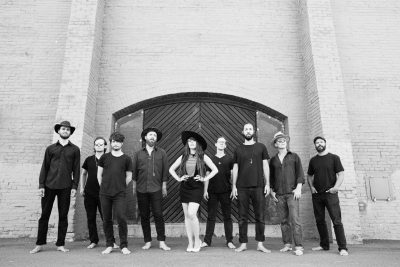 Kable House Presents is an independent concert series hosted at York’s historic Central Market House and featuring up-and-coming national touring acts in intimate evening performances. Join us November 14 as we welcome Kat Wright and her seven-piece band to our stage. Doors open at 7 p.m. and the show begins at 8 p.m. Arrive early to purchase food and beverages from our featured Central Market vendors.

Kat Wright, whose voice is both sultry and dynamic, delicate yet powerful; gritty but highly emotive and nuanced, has been described as “a young Bonnie Raitt meets Amy Winehouse.” Add to that voice enough stage presence to tame lions, and the combination of feline femininity proves immediately enchanting. There’s soul flowing in and out of her rock ‘n’ roll with a serpentine seduction. Some of soul music’s sweet, grand dames belt, shout, seethe, and succumb, while Wright sings gently like a heartache’s apology. It’s funky in spots and beautiful all over. And it hurts a little … like it should.

Jake Matthew Rivers works as both a performing cellist and as a singer-songwriter, making his musical palette diverse. Utilizing cello, voice, and a loop station, Jake creates sounds and musical statements underneath his songs that draw from a very wide array of musical styles, from rock, to blues, all the way to romantic and impressionist era music.