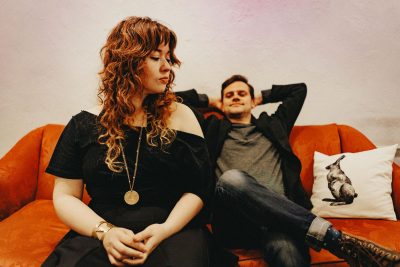 Kable House Presents is an independent concert series hosted at York’s historic Central Market House and featuring up-and-coming national touring acts in intimate evening performances. Join us January 25 as we welcome The Sea The Sea and special guest The Nielsen Family Band to our stage. Doors open at 7 p.m. and the show begins at 8 p.m. Arrive early to purchase food and beverages from our featured Central Market vendors.

THE SEA THE SEA is an Upstate New York-based indie folk-pop duo featuring what Huffington Post calls, “Two of the loveliest male-female voices you might ever hear this or any other year.” Paste Music / Daytrotter describes them as “defined by their infallible vocal harmonies and their unconventional song arrangements…a pop band only in their melodic infectiousness – otherwise they are at their best when subverting conventions.”

The Sea The Sea has been featured on Audiotree, Paste Studio Sessions, and NPR’s Mountain Stage, as well as receiving praise from NPR (Heavy Rotation), American Songwriter, No Depression, Buzzfeed, Pitchfork, TED, and Parade. Their songs have earned features by Apple Music including “Best of the Week” and “A-List Singer/Songwriter,” and have received over 15 million streams on Spotify to date.

The Nielsen Family Band is a space country quintet from Lancaster, PA. The band’s debut album – Family Bible – was released in August of 2019.