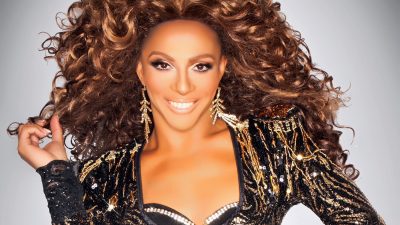 Join us as Shangela MCs our show of local kings and queen!

One of the hottest stars to come from “RuPaul’s Drag Race,” Shangela is a multi-faceted performer who has appeared on “Glee,” “2 Broke Girls,” “The Bold and the Beautiful,” and more. Her drag show has been staged all across the world and she has performed at hundreds of universities across the country. Shangela even created a full-fledged stand-up comedy act, opening for Mo’Nique and starred in/hosted a Logo comedy special! Join us as she MCs our show of local kings and queens!