Laugh Your Tuchas Off

For one night only, the York JCC transforms its auditorium into a BYOB Comedy Club.

For one night only, the JCC transforms its auditorium into a BYOB Comedy Club.  Two years ago you ‘laughed your tuchas off’ at the hysterical, highly animated, and extremely relevant comedian Collin Moultin, and at your request the York JCC is bringing him back for a highly anticipated encore performance! Described as one of the most fun, personable, and sought after headliners today, Collin has shared the stage with Lewis Black, Robin Williams, and Dave Chapelle. Since his last appearance here at the JCC, he has had his own standup special on SHOWTIME, has been on NICKELODEON, and was recently featured on LAST CALL WITH CARSON DALY. Opening act Jay Harris works full-time as a comedian, while moonlighting as a financial advisor. He’s worked with such comics as Billy Gardell, Andy Kindler, and Greg Giraldo. The two together are a must see act, so grab your friends and get your tickets early. Seating is limited and only a table reservation ensures you to sit with those you want. 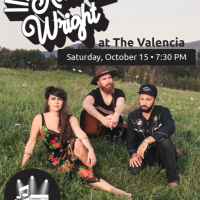 York JCC Concert 4 A Cause