An excitable mother, five daughters of marrying age, many eligible bachelors, and a beleaguered father create drama and comedy to spare.

Jane Austen’s classic tale, Pride and Prejudice, opens at DreamWrights this spring with an all teenaged cast and, like the book, explores preconceptions in a time gone by. Guest Director, Rodd Robertson explains, “The show is a true classic. The adaptation is very good and I think audiences will be delighted by our production.”

Robertson, who has directed three productions at DreamWrights, enjoys working with the teens that he says inspire him. He reveals that he was pleasantly surprised at the audition turn out as he was presented with a great group of talented teenagers, many of whom are new to DreamWrights. Robertson says, “It presents a great challenge but freshens the approach to the work. It’s been a joy getting to know them and welcome them into the DreamWrights family.”

Rick Trevino, who plays Mr. Darcy is one of the DreamWrights newbies. He says that he’s learning a lot about the early 1800s and history as a result of being in this play. “There are a lot of tiny details about that era that I had a general idea about it before, but it was romanticized. It is very different and not as cool and I thought it would be. Very interesting but very romanticized.”

Syvia Weiskopf, who plays Elizabeth, the middle Bennet sister in Pride and Prejudice says that acting in the play has really made her think about prejudices in a different way. “It is easy for us to judge someone by appearances or the way they look instead of getting to know them. Especially as teenagers it is easy to listen to hearsay and gossip that goes around. But instead, I think it is important to get to know the person or check the information that you’re given. I definitely see prejudice as an easy thing to fall into.”

Rodd Robertson sums it up, “I see so many elements about our pride and our prejudices in this story, I hope people see how easy it is to misjudge someone.  That’s fine if that’s the take away, but I see so many other possibilities.  Will someone worry less about tomorrow and enjoy today more because of this show?  Will another person see themselves in one of the Bennet sisters and think differently about their outlook on life?  Or, perhaps, another may identify with Mr. Darcy and find courage to push through whatever holds them back from their happiness? I think what people get out of the show will be up to each individual and where they are before they come see the show.” 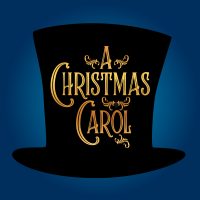