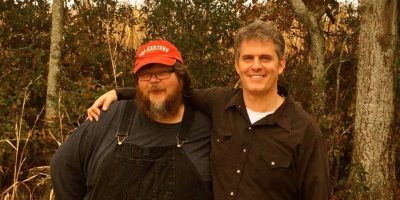 Two renowned masters of old-time music, together on our stage… and our dance floor!

Sponsored by the Susquehanna Folk Music Society. A 6-6:45 Square dance workshop too! $5.

Two renowned masters of old-time music, together on our stage… and our dance floor!

“Dirk Powell is a badass. To the bone. He is, in addition to being the greatest old-time banjo player alive, a graduate student of both mountain and Cajun fiddle styles and diatonic button accordion, an instrument that fights you back, take it from me, I’ve tried. He is a singer, songwriter, producer, recording engineer, and all in all an artist of unique vision and unbending integrity. As far as I can tell there is no genre of American roots music that Dirk doesn’t understand, no primordial mode he can’t master, no polyrhythmic code he can’t crack. He also cooks the best sauce piquante I have ever tasted. Be forewarned: Dirk Powell and I WILL make a record together someday.” —Steve Earle

Riley Baugus represents the best of old time American banjo and song. Based near Winston-Salem, NC, his family has roots in the North Carolina mountains and a love of old-time music. He learned at the feet of elder traditional musicians throughout North Carolina and Virginia. Over the years, whilst working as a weldor and a blacksmith by day, Riley played with many old time string bands, including the Old Hollow String Band and the Red Hots. One fateful day, Riley got a call from longtime friend and collaborator Dirk Powell. Dirk was involved in the music direction for the Academy Award-winning film “Cold Mountain” and had convinced the producers that they needed Civil War era banjos made in the Carolina hills, specifically Riley’s handmade banjos.