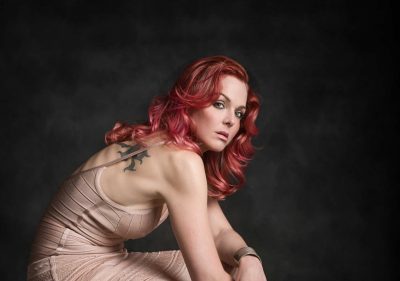 Storm Large is equal parts bold and beautiful! This feminist force of nature can spin on a dime from cabaret, to classic, to rocker chick and back again.

Storm Large shot to national prominence in 2006 as a finalist on the CBS show Rock Star: Supernova. Storm made her debut with the band Pink Martini in 2011, singing four sold-out concerts with the National Symphony Orchestra at the Kennedy Center in Washington, DC. Recent highlights include engagements with the New York Pops, as well as performances at Carnegie Hall and the United States Capitol.

In 2014, Storm & Le Bonheur released the record, Le Bonheur – a collection of tortured and titillating love songs: beautiful, familiar, yet twisted … much like the lady herself.

What to Expect: Powerful pipes and a politically incorrect date night.

What to Bring: High energy and a free spirit.