The Crooked Path to Freedom with Lenwood Sloan 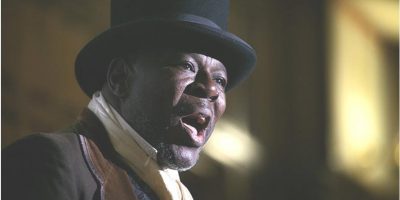 As part of the York-citywide First Friday programming, The William C. Goodridge Freedom Center presents Lenwood Sloan to enlighten the public about the Pennsylvania Underground Railroad sites. Sloan will first greet the public and conduct tours at the Goodridge Freedom Center. Following the tours, Mr. Sloan will guide groups across Philadelphia St. to the First Moravian Church, located on 39 N. Duke St., for his Underground Railroad presentation at 6:00 pm. Sloan will recreate history by appearing in 19th Century clothing as T. Morris Chester, an African-American historic figure who served as a war correspondent, lawyer and soldier. After living in Liberia and Europe he settled in Louisiana where he practiced law, served as superintendent of schools and became president of a railroad company. After becoming ill he returned to Harrisburg, where he died in the home of his mother on Chestnut Street.