Presented by Belmont Theatre at Unknown 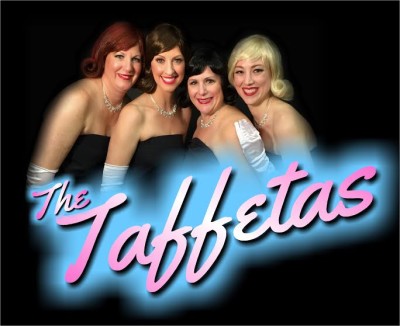 It’s 1950-something, and these four harmonizing sisters from Muncie, Indiana are making their national television debut on the Dumont Television Network’s Spotlight on Music! The Taffetas pays tribute to the sounds of The McGuire Sisters, The Fontane Sisters and The Chordettes with a comedic storyline as they long to ultimately be on the Ed Sullivan Show. Spend an hour and a half with Kaye, Peggy, Cheryl and Donna and their 3-piece band to hear over 40 favorites from the 50’s including “Volare,” “Mockin’ Bird Hill,” “Tennessee Waltz,” “Sh-boom,” “True Love Is a Two Way Street,” “Ricochet Romance” and, of course, “Sincerely.”