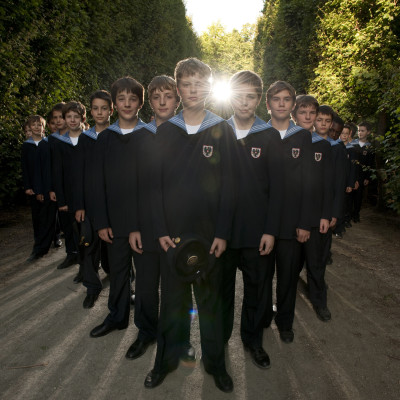 The illustrious group of child musicians has been delighting music lovers across the globe for six centuries.

The illustrious group of child musicians has been delighting music lovers across the globe for six centuries with their purity of tone, distinctive charm and popular repertoire. Christmas in Vienna showcases these gifted musicians with voices of unforgettable beauty in an extraordinary program featuring Austrian folk songs, classical masterpieces, popular songs and, of course, holiday favorites.

This quintessential boys’ choir has a long tradition:

Boys have been singing at Vienna’s Imperial Chapel since 1296. In 1498, Maximilian I moved his court to Vienna and instructed there were to be six singing boys among his musicians. This marked the foundation of what is known today as the Vienna Boys Choir. Over the centuries, the Viennese Court attracted musicians like Mozart, Salieri, and Bruckner; Joseph Haydn, Michael Haydn, and Franz Schubert were themselves choristers.
The Chapel Imperial always travelled with the Emperor. Today, touring is part of the chorister’s education. Since 1926, the Vienna Boys Choir has undertaken around 1000 tours in 97 different countries; in that time, the boys have sung more than 27.000 concerts.

There are currently 100 choristers between the ages of nine and fourteen, divided into four touring choirs. They give around 300 concerts each year, attended by almost half a million spectators around the world.
Together with the Vienna Philharmonic Orchestra and the Vienna State Opera Chorus, the boys provide the music for the Sunday Mass in the Imperial Chapel, as they have done since 1498. The Vienna Boys Choir can also be seen (and heard!) in the choir’s own concert hall, Muth. Acclaimed Director Curt Faudon has created four films with the Choir. The first, Silk Road: Songs Along the Road and Time (2009) featured never before seen performances around the world and exclusive behind the scenes access. Songs for Mary, a biography of the Virgin Mary in 21 motets and songs followed in 2013. In 2015 they released Bridging the Gap – the Power of Singing and Good Shepherds. Also in 2015, the Choir entered a long-term partnership with Universal Music – Deutsche Grammophon; the first release was a holiday recording, “Merry Christmas From Vienna”.