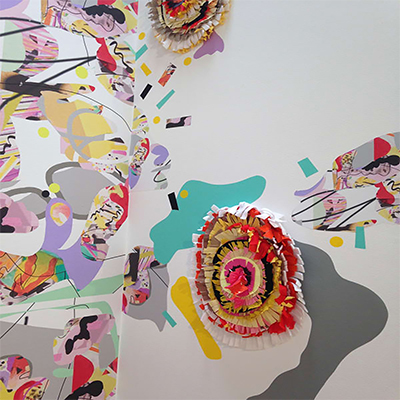 Amy Boone-McCreesh is a York County native now based in Baltimore whose work has been featured in 11 solo and two-person exhibitions and 29 group exhibitions since earning her MFA six years ago, including shows in New York, Los Angeles, Miami, Philadelphia, and Washington, D.C. She has won several significant awards and in 2016/2017 served as Visiting Professor at Dickinson College. Taking inspiration from celebratory and funerary displays in various cultures, Amy explores decoration and human relationships in her work, which tends toward visual density with saturated color and abundant texture that sometimes challenges viewers’ spatial awareness.