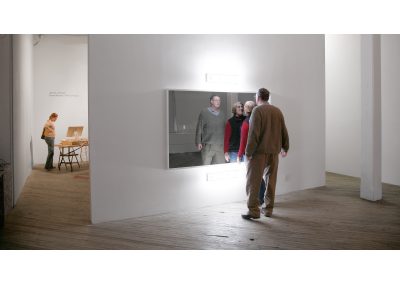 James Johnson is Associate Professor of Photography and Digital Arts at Moore College of Art in Philadelphia, PA. He had solo exhibitions at Vox Populi in Philadelphia as well as Oakland University, Rochester, MI, The Contemporary Museum, Baltimore, MD, and Fleischer Art Memorial, Philadelphia, PA. His work has been included in group exhibitions in cities such as London, Chicago, New York, Boston, and Seattle. He was the recipient of the Independence Foundation Fellowship in the Arts in 2011 and the Pennsylvania Council on the Arts Individual Creative Artists Fellowship in 2007 and 2009. Johnson’s art makes reference to architecture and issues surrounding representation, economics, and power. He is influenced by Conceptual Art and Minimalism. His studio is in Philadelphia.