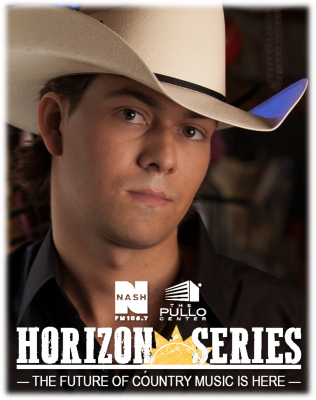 A fresh young talent whose music is steeped in country music tradition, William Michael Morgan is a singer and songwriter.

As a Grammy nominated producer and executive vice president of A&R at Warner Music Nashville, you might say that Scott Hendricks qualifies as an expert on country singers. So when he gets excited about someone, it’s worth paying attention. And right now he’s excited about Warner Bros. Records newcomer William Michael Morgan.

The tall, easy-going, unfailingly polite 22-year-old from Vicksburg, Mississippi, has the look you’d hope for in a young entertainer and the stature to wear a black cowboy hat, a symbol that stands for something in the country music world. And he’s certainly got the chops as an award-winning young performer, who earned recording and publishing deals before turning 20. But for Hendricks, it all comes down to that voice.

“William Michael Morgan is seriously one of the very best singers I have ever recorded and I have recorded a bunch,” Hendricks said. “Recording a voice typically reveals any and all imperfections. I will never forget the first time we went into the studio and heard William Michael’s voice come across the speakers. It was a jaw-dropping experience. I’m anxious for the world to hear what I heard. It truly is a special voice.”

Country fans were introduced to the fresh, young talent of Morgan with “I Met a Girl,” his sweetly romantic single which debuted this summer as a “Highway Find” on SiriusXM. Old and new, fast and slow, steel and piano, the song recently hit No. 1 on SiriusXM’s “The Highway” Top 45 Countdown and gives fans exact GPS coordinates of where Morgan is coming from.  In September 2015, Morgan followed the path of his heroes when he was booked to make his first appearance on the Grand Ol’ Opry.

*VIP tickets include a meet and greet with William Michael Morgan