An Evening with Jonathan and Drew Scott 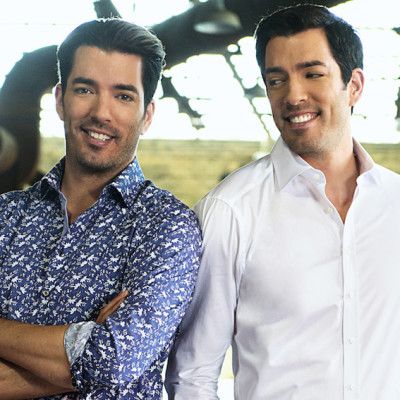 Jonathan and Drew Scott are the charismatic twin brothers who star in most-watched shows including Property Brothers, Buying & Selling, Property Brothers At Home, and Brother vs. Brother. Along with their winning blend of sibling rivalry and humor, they have a rare knack for finding fixer-uppers and turning them into perfect properties. Jonathan, a renowned designer and licensed contractor, and Drew, a seasoned agent, have bought and renovated real estate for over 15 years. The brothers’ fresh, functional approach has found success in cities across North America and around the world. With their broad experience and complementary skills, the dynamic, design-savvy duo can solve any property problem. In addition to their on-screen success, Drew and Jonathan founded Scott Brothers Entertainment, which produces engaging content for TV, film and digital platforms. The brothers have appeared on TODAY, The View, Good Morning America, Bloomberg TV, among other national platforms, and have been prominently featured in The New York Times, The Wall Street Journal, and more.

In the past year, the brothers’ Scott Living Collection with QVC of indoor and outdoor furniture expanded to include a new line of home textiles representing quality, luxury, and affordability. Drew and Jonathan also entered the country music scene releasing two original tracks on iTunes. As young boys growing up on a ranch where they spent nights strumming on a guitar and singing songs with their family, music has always been a big part of who they are and a passion of theirs. Alongside Victoria Shaw and Chad Carlson, the brothers debuted two tracks, “Hold On” and “Let the Night Shine In” on iTunes. The “Hold On” video received over 3M views on Vevo/YouTube and charted on the Billboard Country chart within the first month of the release.

In the spring of 2016, Jonathan & Drew released their first book, Dream Home: The Property Brothers’ Ultimate Guide To Finding & Fixing Your Perfect House. The book serves as a comprehensive guide for any first-time home buyer to existing homeowners looking to upgrade their space. A two-week book tour took Drew and Jonathan across the country to various cities and landed Dream Home on The New York Times Best Selling List for Advice, How-To and Misc. publications. The book also hit USA Today’s Top-Seller list as well as the Nielsen top selling books as reported by The Wall Street Journal.

Outside of their career endeavors, both Drew and Jonathan serve as global ambassadors for World Vision, working to improve child protection domestically and abroad. Both brothers also take an active stance against Earthquake Safety.

*VIP tickets include a meet and greet with Jonathan and Drew