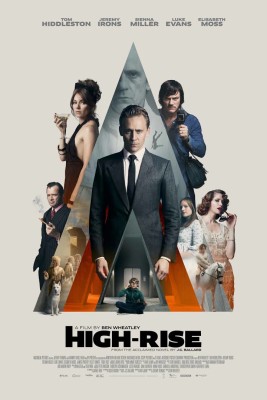 A doctor (Tom Hiddleston) moves into a London skyscraper where rising tensions and class warfare lead to anarchy.

The film centers around a luxury tower block during the 1970s. Featuring a wealth of modern conveniences, the building allows its residents to become gradually disinterested in the outside world. However, as the infrastructure begins to fail and tensions between residents become apparent, the situation becomes anarchic and the building soon descends into violent chaos.