Nashville’s Hit Country Songwriters: The Stories Behind the Hits 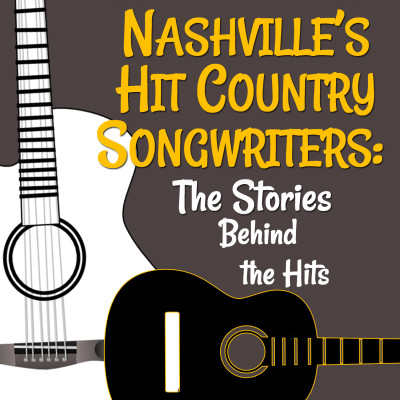 Join us for an evening of incredible music, and storytelling, as 4 of Nashville’s most prolific songwriters perform their hit songs.

Join us for an evening of incredible music, laughter, and storytelling, as four of Nashville’s most prolific songwriters perform their hit songs live on stage. Hear the entertaining stories behind the songs that were recorded by such artists as Blake Shelton, Tim McGraw, Kenny Chesney, Keith Urban, and more.

Staples in Nashville, but comfortable writing songs for other artists and genres, this group of extraordinary musicians will leave you wanting more. With four hit songwriters, three guitars, and one piano, this will be one magical evening you won’t soon forget!

J.T. Harding was born an orphan in Nashville but soon was adopted and raised in Detroit. While other kids were on the baseball field, J.T. spent his high school years in the basement jumping around to MTV, trying to write his own songs and putting together several bands. He moved to Los Angeles to pursue his dream and made his first demo with prize money he earned by winning the TV game show VH1 Rock N Roll Jeopardy. He has written several hits including, “Smile” with Uncle Kracker, and the number one chart-topping songs “Somewhere In My Car” with Keith Urban, “Alone With You” for Jake Owen, “Somewhere With You” for Kenny Chesney and the Blake Shelton single “Sangria.”

Willie Nelson’s “Life Is A Moment”, Tim McGraw’s recent first single…”Looking for That Girl”, Enrique Iglesias’ “Only A Woman” on his new Sex And Love C.D., and Rascal Flatt’s “Life Is A Song” are all James’ compositions. His songs have been recorded by Carrie Underwood, Tim McGraw, Lady Antebellum, Kenny Chesney, Rascal Flatts, Kelly Pickler, Reba McEntire, Gloriana, Martina McBride, Enrique Iglesias, Chris Brown, Chris Young and a host of others. His Grammy nominations include Jamey Johnson’s “The High Cost of Living”, country song of the year, and for Martina’s “In My Daughter’s Eyes”. James also has a song in the George Clooney Film “TOMORROWLAND”.

A New Jersey native and Berklee-trained musician, Altman has called Nashville home since 1993. During that time, he has secured cuts and singles on artists including Tim McGraw, The Eli Young Band, Trace Adkins, Eric Paslay, Will Hoge, and Gabe Dixon, among others.

The Sydney native has lived in Australia for most of his adult life, but at 34 years old, decided it was time for him to take a leap of faith and try his luck in Nashville. Barton has quickly become an example to many of how to achieve the American dream and be successful at something you love.