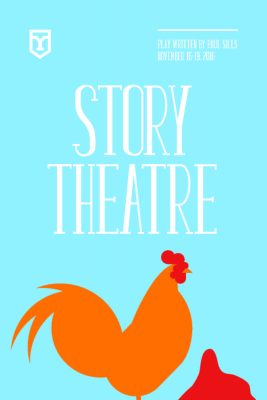 The founder of Chicago’s Second City Improv, Paul Sills, created this unique show based on fables from  Aesop and the Brothers Grimm. When it premiered in 1970, Clive Barnes, wrote in The New York Times, that the show brought “magic and innocence to Broadway.” Join these four student directors as they bring Henny Penny, the Golden Goose, Venus and the Cat, the Fisherman and His Wife, The Robber Bridegroom, and the Bremen Town Musicians to life. This show is appropriate for children but written for adults.

Tickets are free, but require a reservation. Tickets may be reserved by going online to Eventbrite.com and searching the event.

Following the performance on 11/16, there will be an opening-night reception in the upper WPAC lobby.