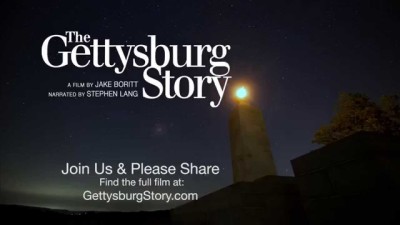 One time only, special Memorial Day film screening of film “The Gettysburg Story”.