York College of PA: World of Warcraft Composer, Eimear Noone 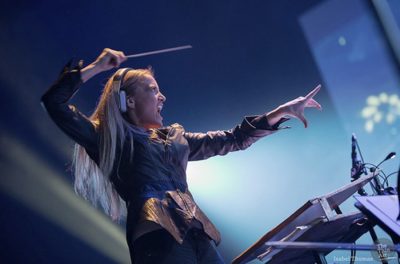 “The Irish Queen of Games Music” (Irish Times, 2/2/15), Eimear Noone has emerged as the world premier conductor of games music, both in the recording studio and on the concert stage. In addition to her work as a classical conductor, as the principal conductor for Blizzard Entertainment and as a regular conductor for Skywalker Ranch, her credits include multiple award-winning scores to games such as World of Warcraft, Diablo III, Overwatch, Starcraft II, and countless others. On the stage, for two years, she toured the world conducting over 60 ensembles in, “The Legend of Zelda, Symphony of the Goddesses,” which featured  such legendary orchestras such as the Sydney Symphony, The Pittsburgh Symphony, The Dallas Symphony and the Royal Philharmonic (among others).