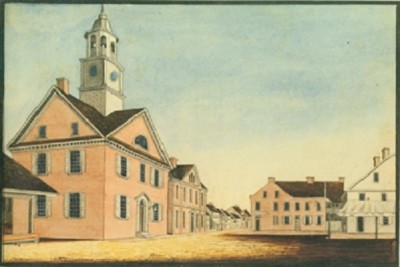 Join York College of Pennsylvania Professor Dr. Paul Doutrich as he highlights the important role York played during a pivotal nine months in 1777-1778. York contributed in many ways to America’s War of Independence from hosting the Second Continental Congress for nine months, to providing military leaders, and a signer of the Declaration of Independence. Discover the impact such events as the adoption of the Articles of Confederation or the signing of an alliance with France, an “almost” political coup known as the Conway Cabal, had on the history of the Nation.

Free and open to the public. No registration required